turning into gold the yellow blades 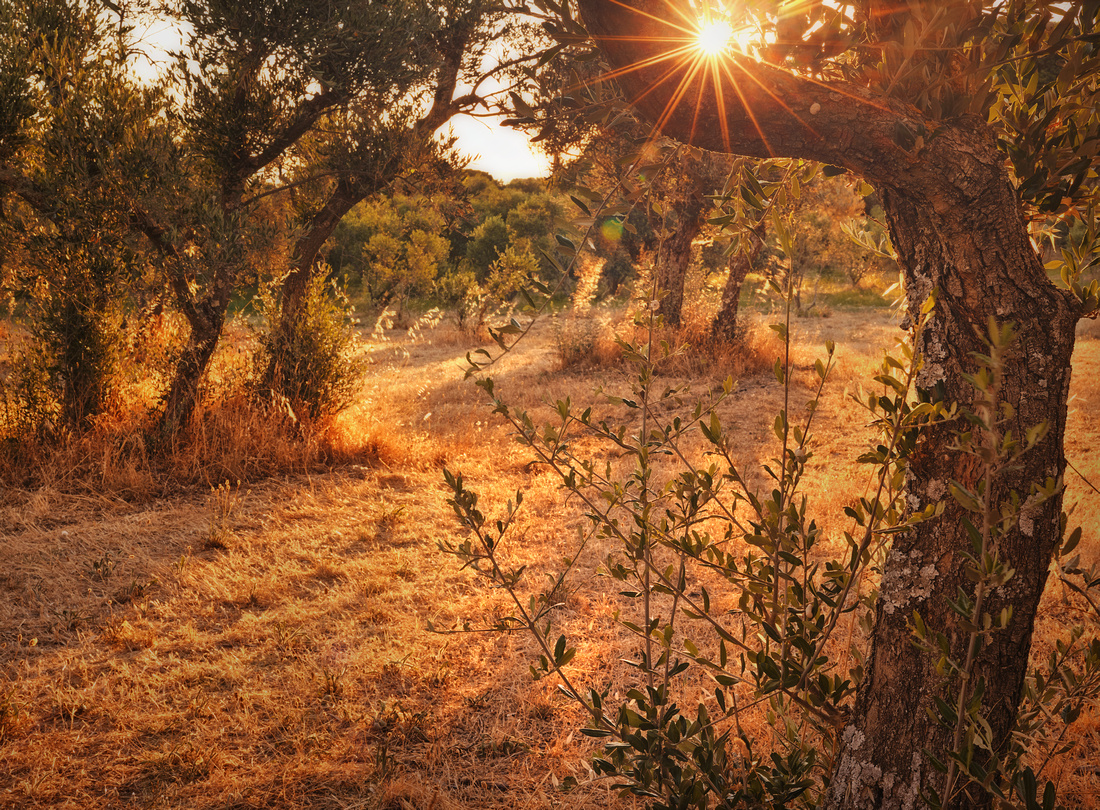 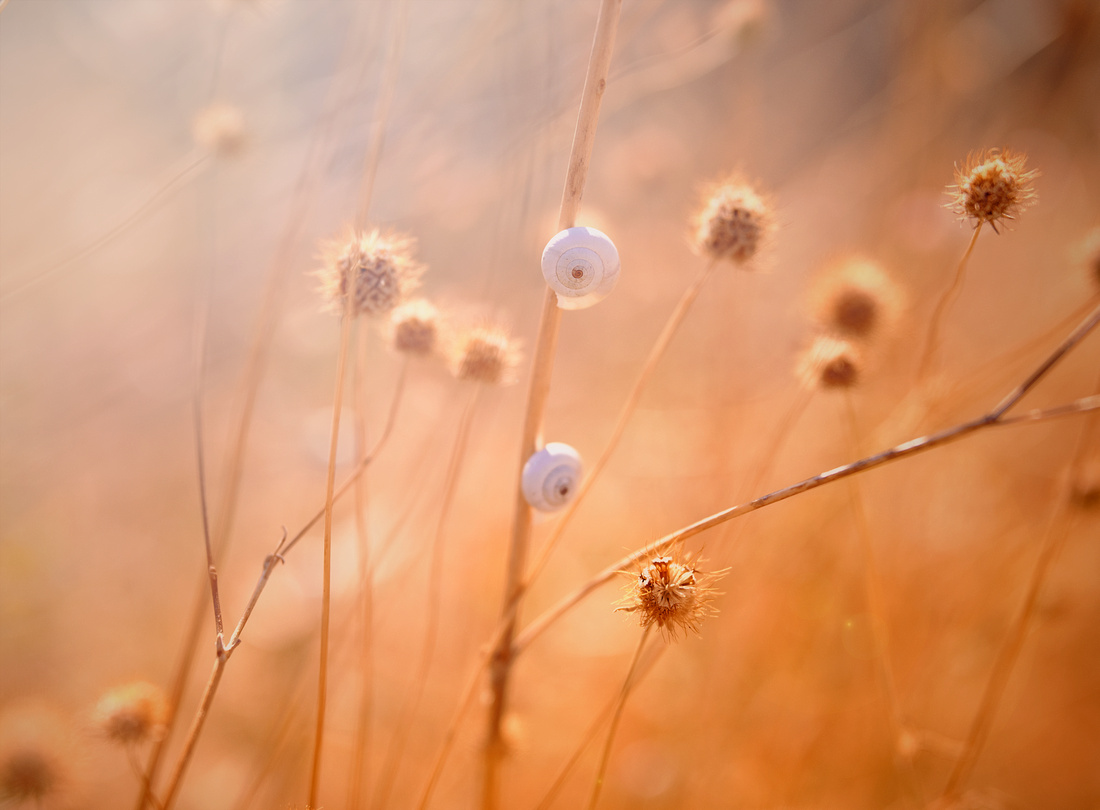 and strange creatures from the hotness of summer,

at first hardly able to talk,

a heart full of sorrow and a soul full of visions,

stayed one year and slowly began,

to unravel the essence of things

to see the unseen 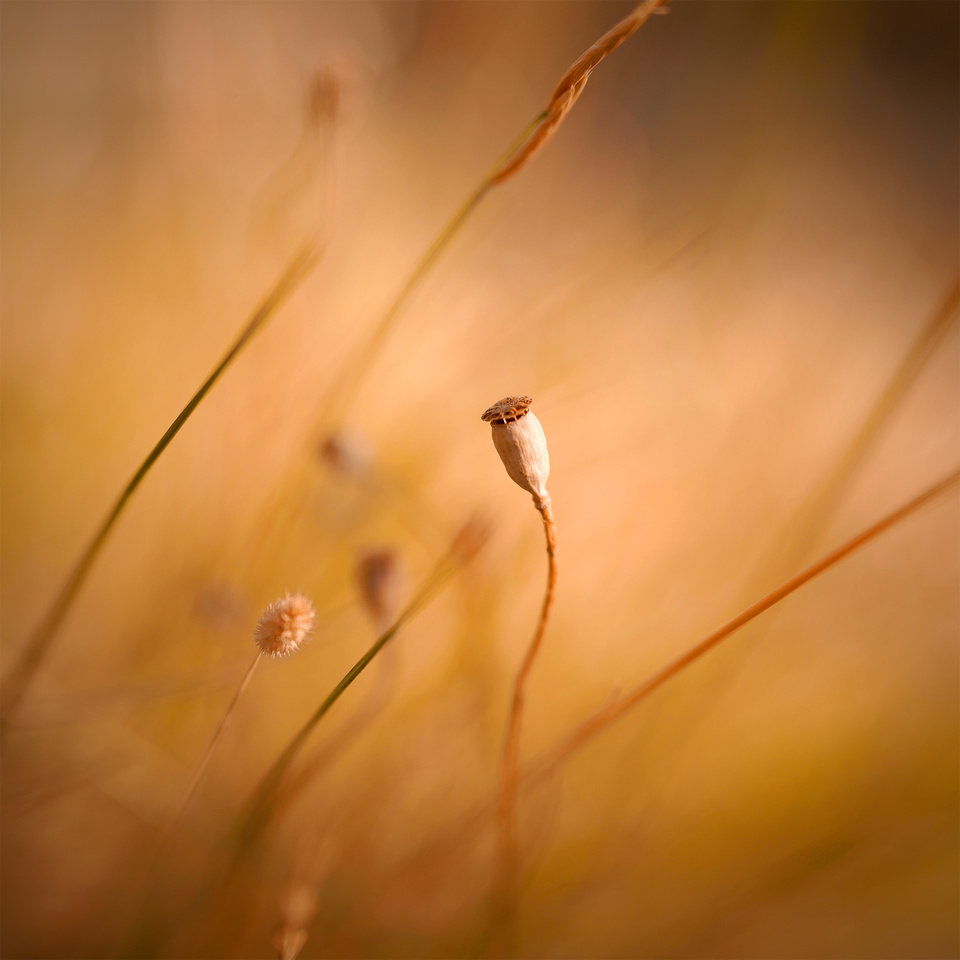 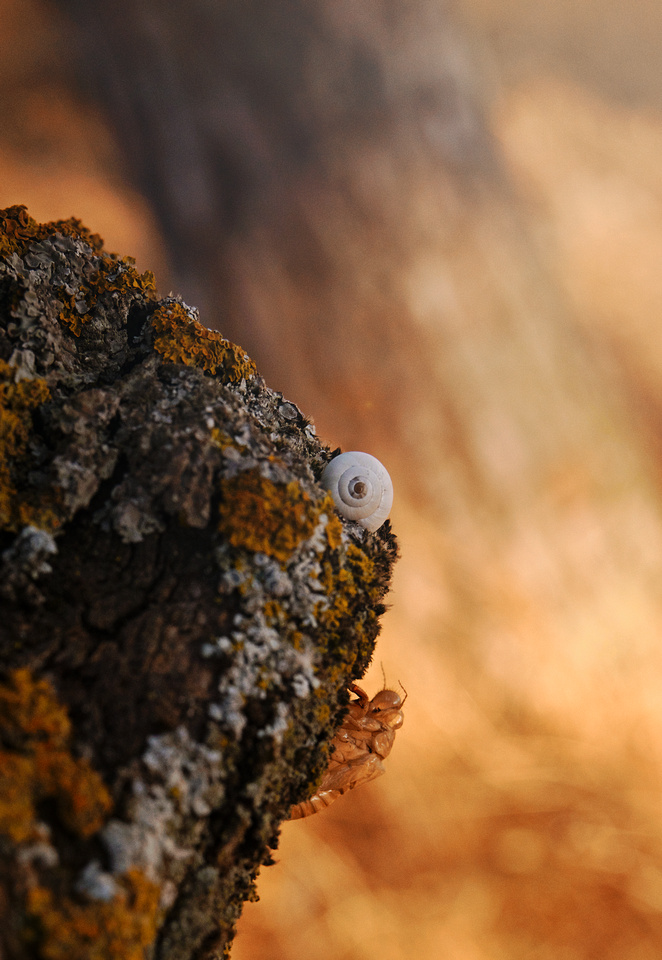 every two or three days.

“the emotions that take hold on me in the face of nature go as far as fainting, 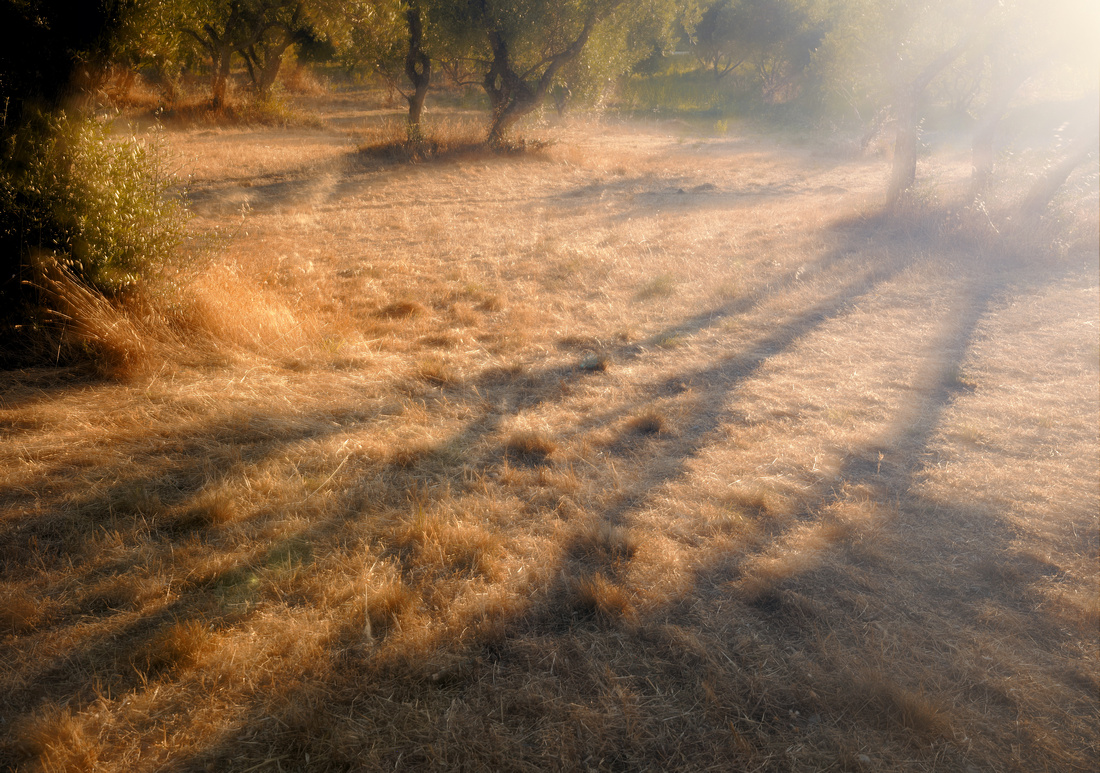 And at the end of his provencal time he would write to his sister:

Once he began again to paint

life, grief, pain, joy, was all in there. 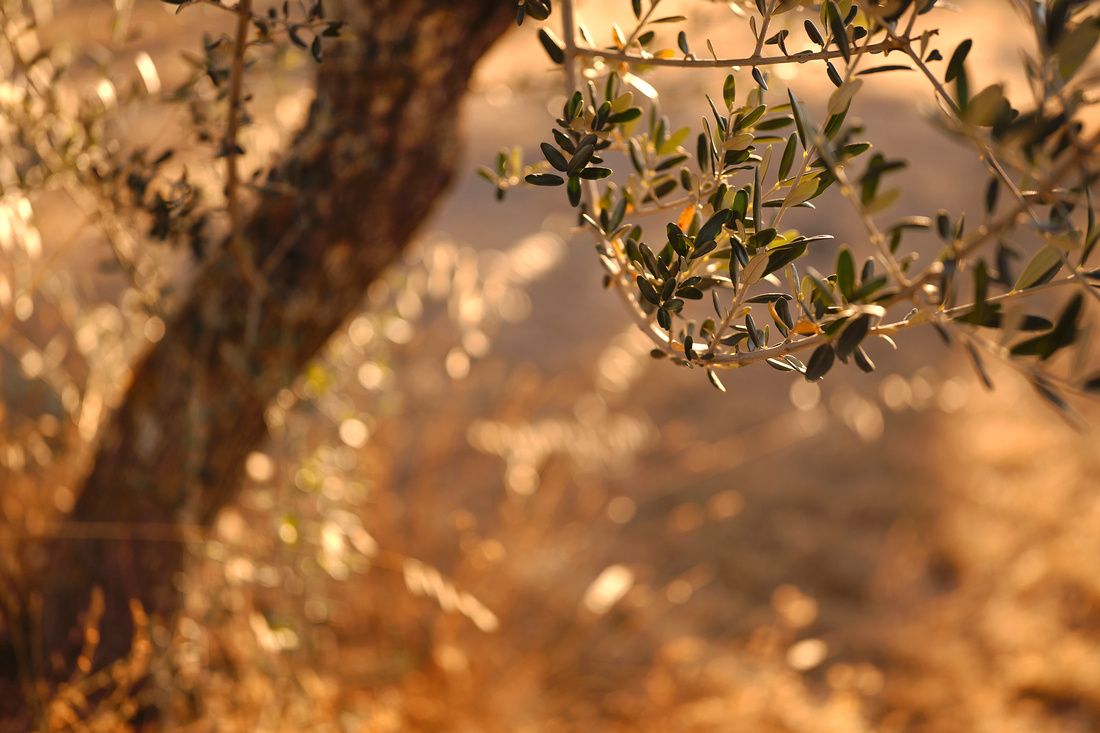 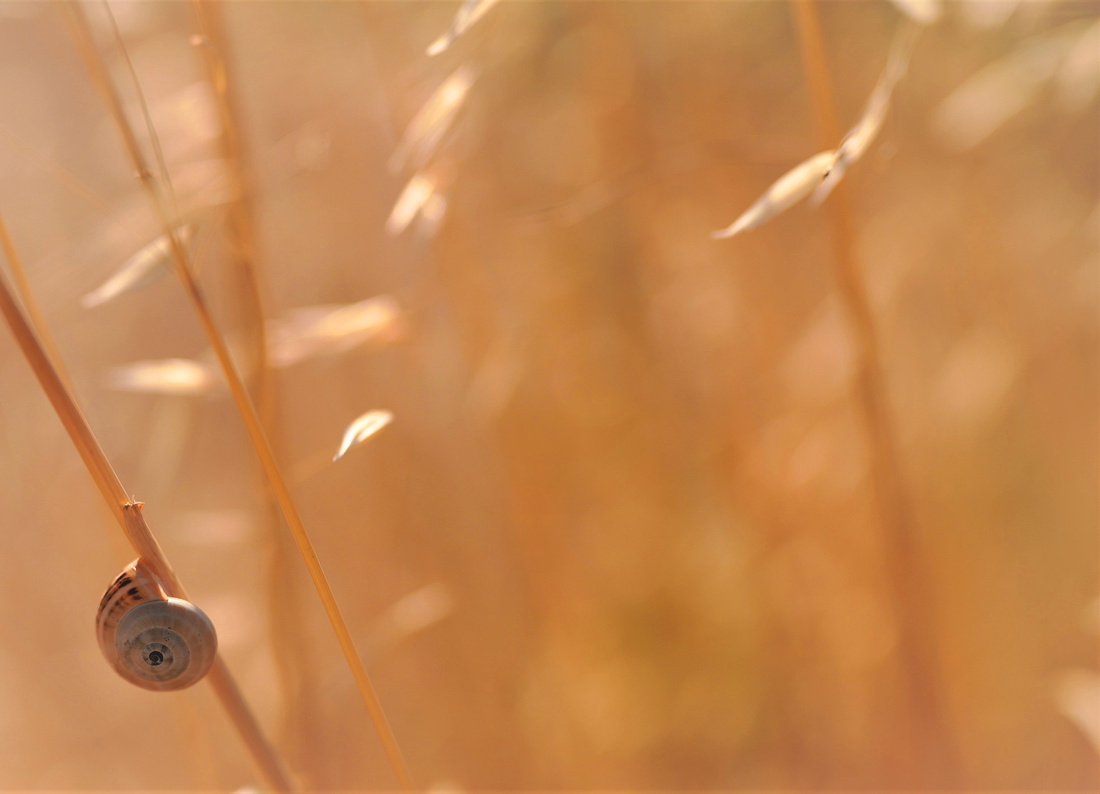 It's coming there at the end of July

that You can feel the heart of Vincent Van Gogh beating

where the fields begin in front of the peaks of the Alpilles.

That’s where Vincent is still walking

brush in one hand

canvas on this shoulders

swept on his forehead

infinity in his eyes 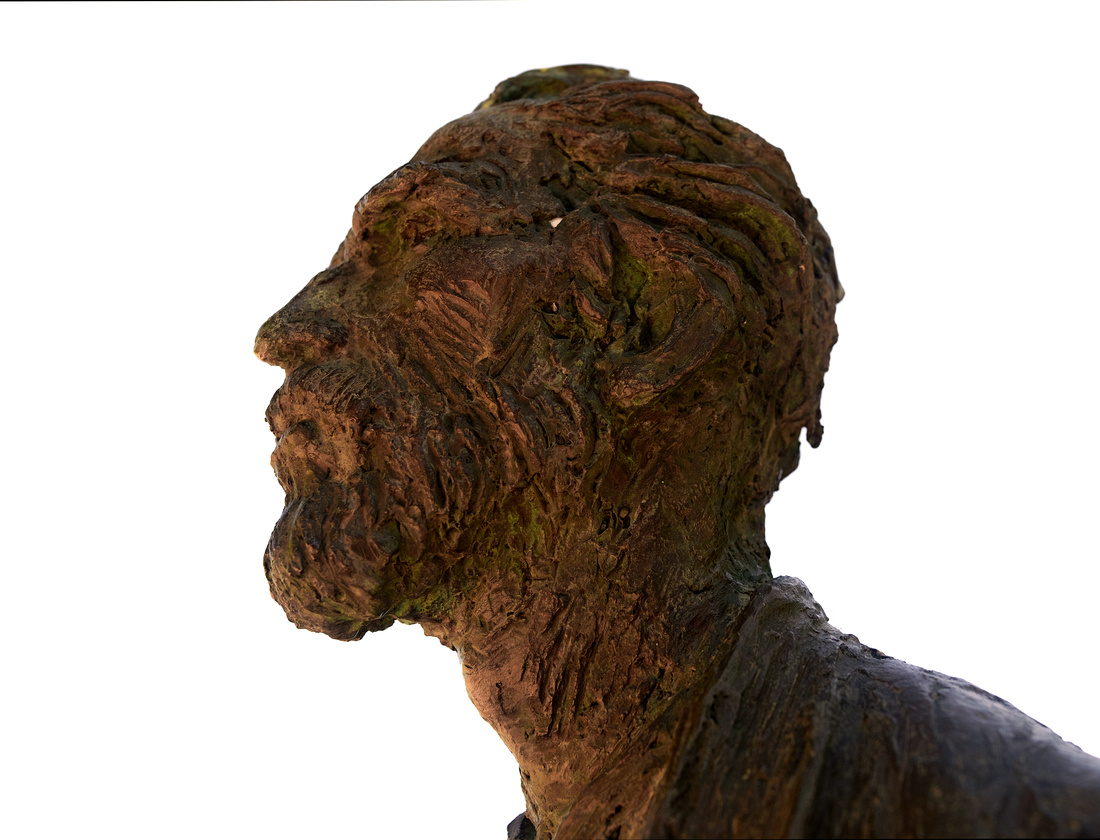 He worked so deeply that now,

everything seems real just and only to the extent that it reflects his paintings.

You’d expect that it could come out just made of oil paint,

to place itself amongst the rapid brushstrokes of the trees and the sky. 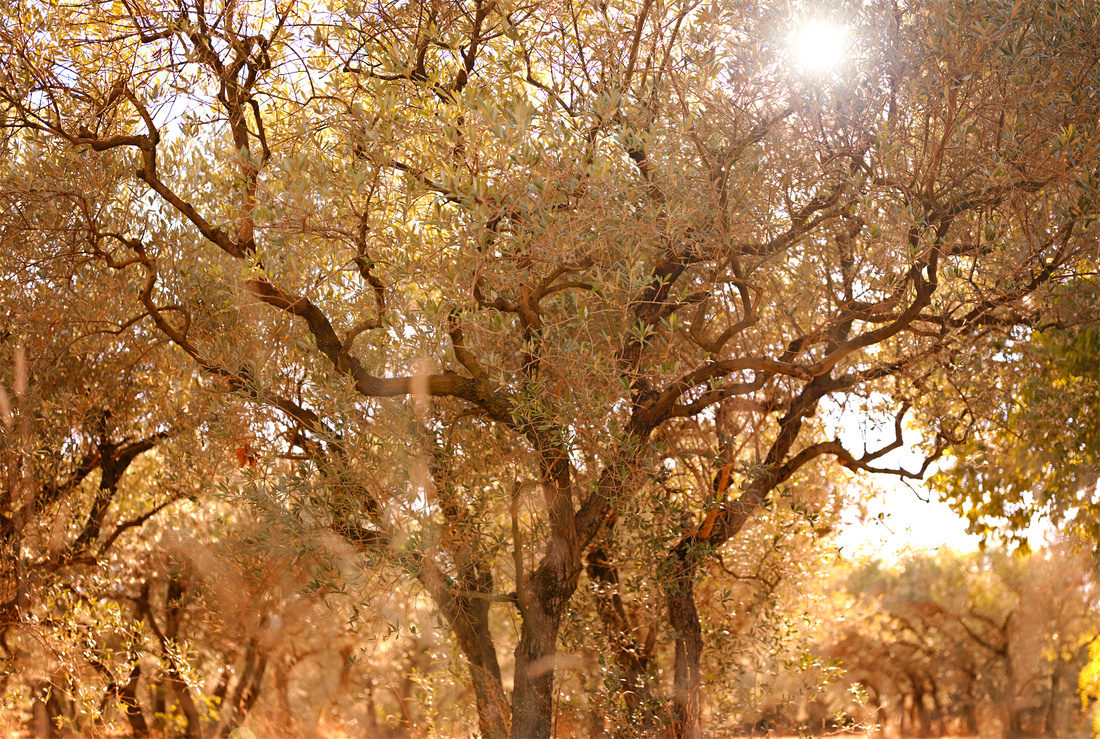 I discovered that it's here that under the tears of a wind called mistral,

the leaves of the sycamore trees are shaken

in the absolute blue,

as in a dream 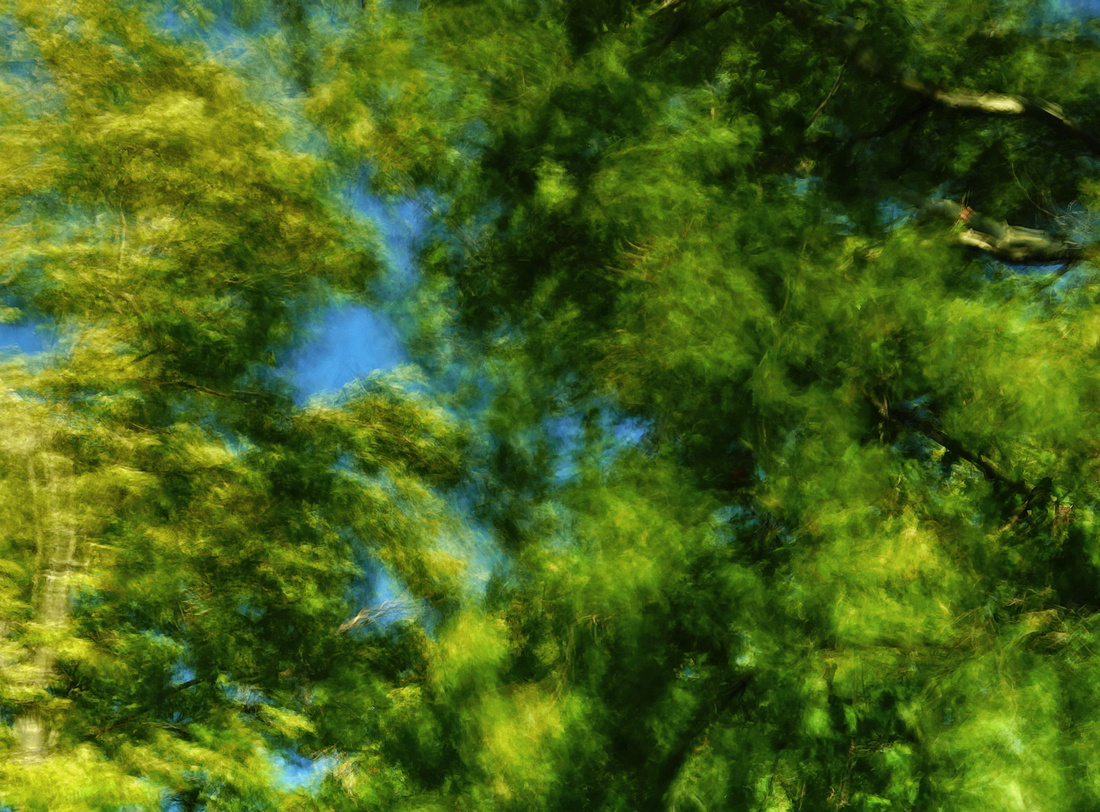 on the branches and stems 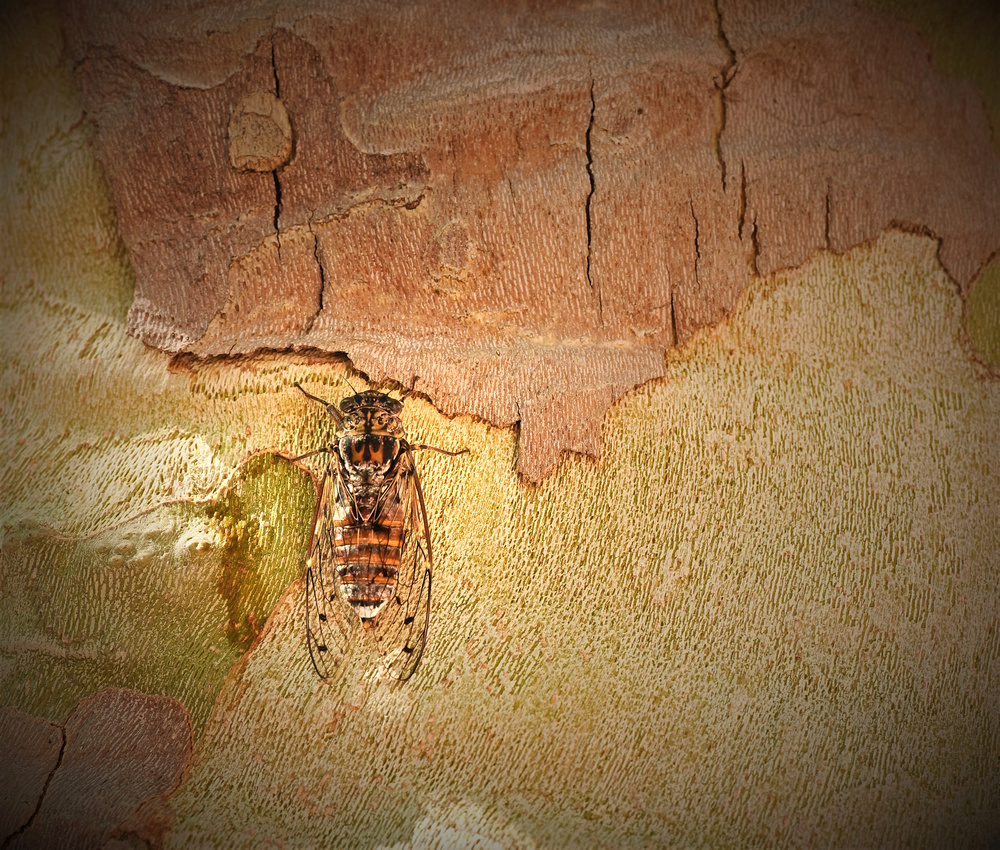 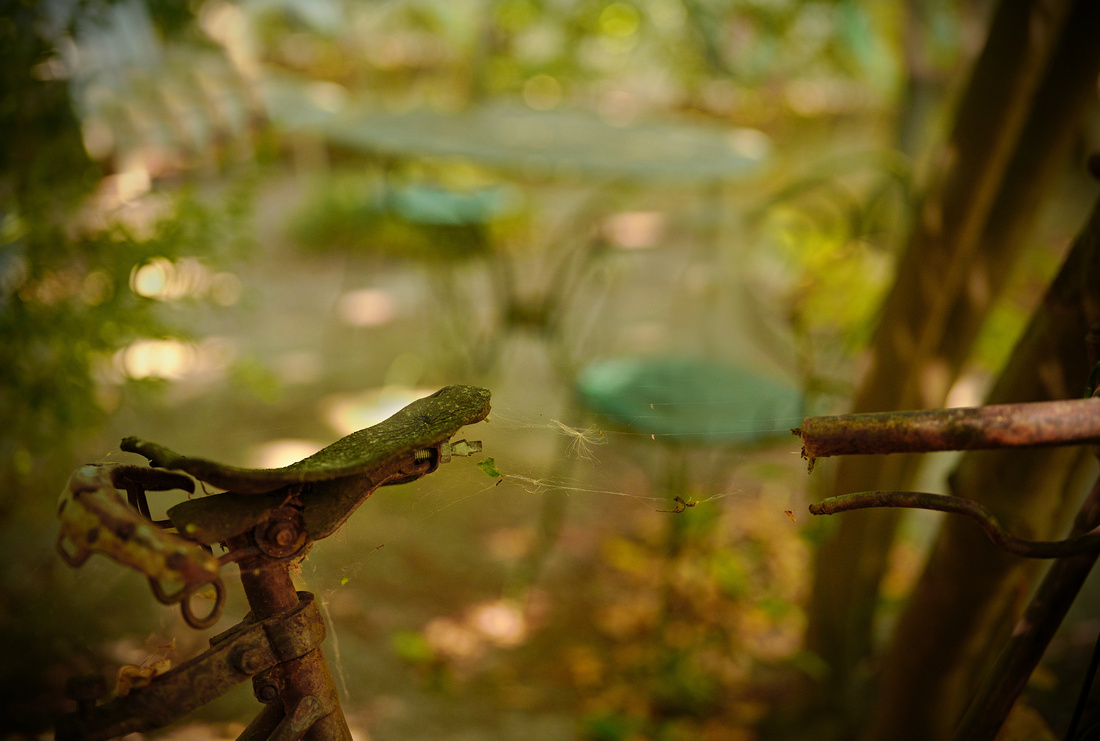 and slides through shapes and time:

into the nowherelands of the golden fields, 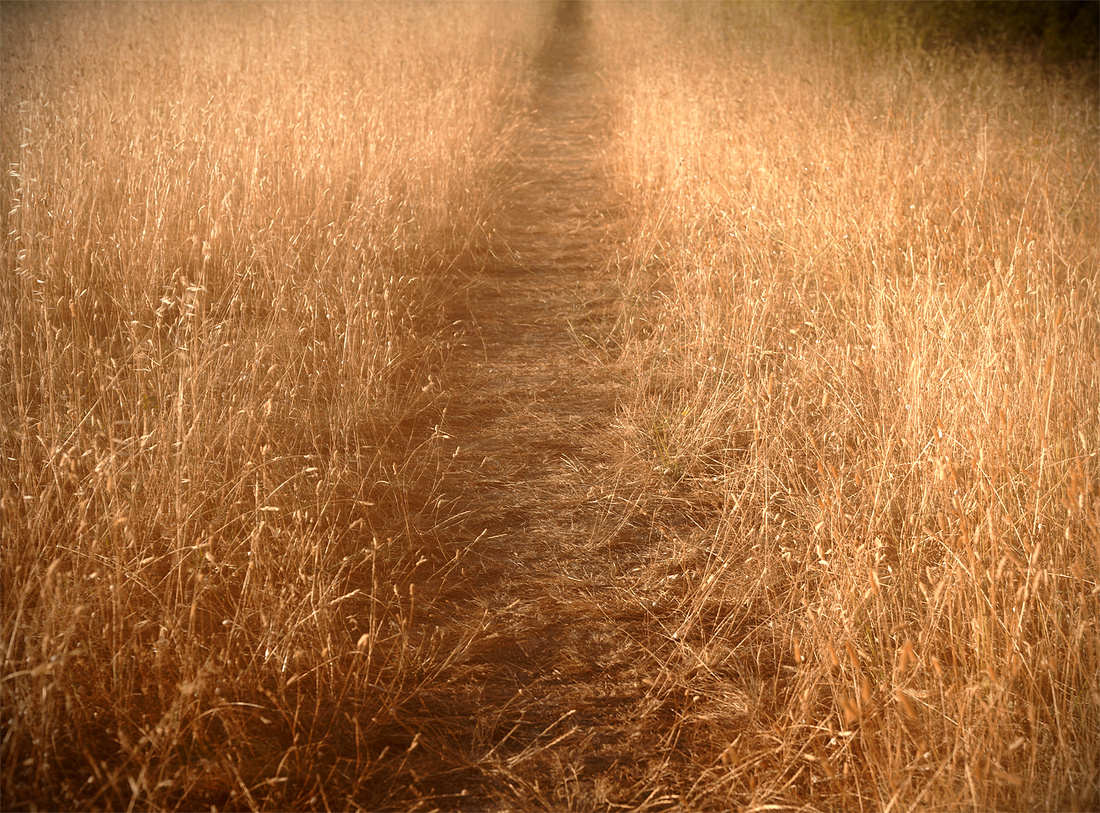 where all paths bring elsewhere 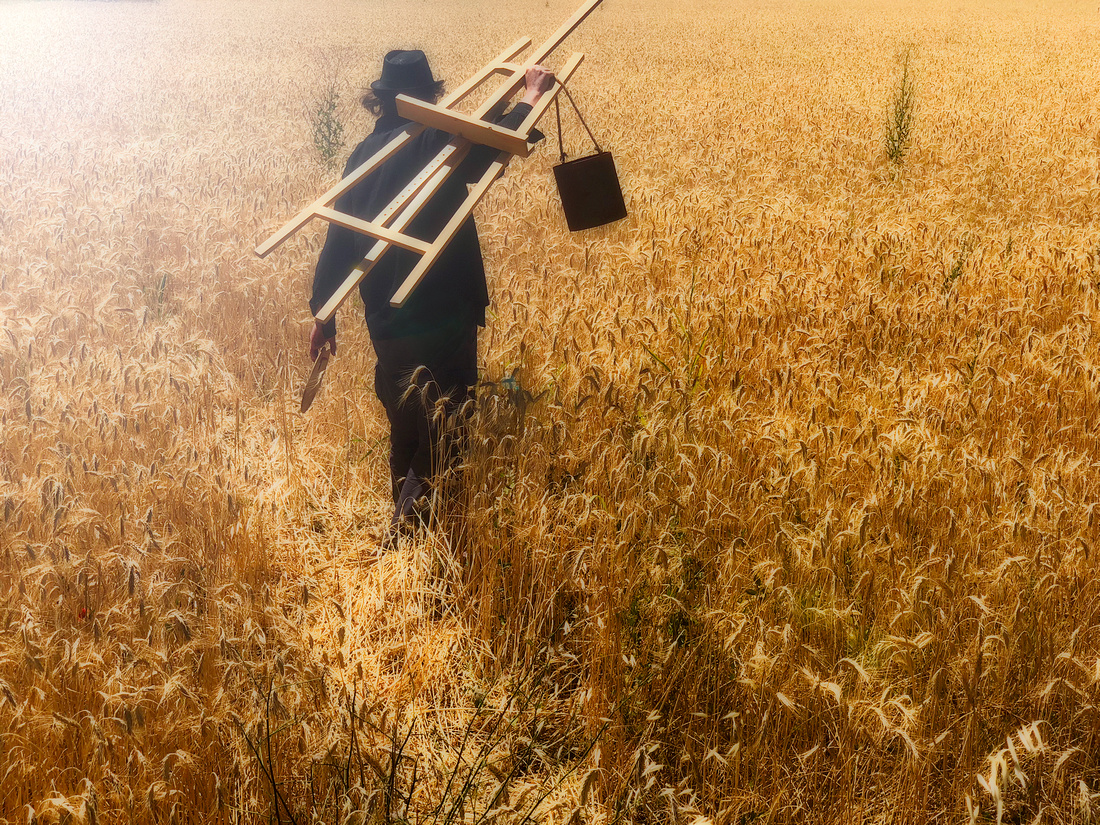 and in the middle of the wheat field

I paced my easel

and tried to paint,

until the sun pervaded my senses,

my longtime friend the crow. 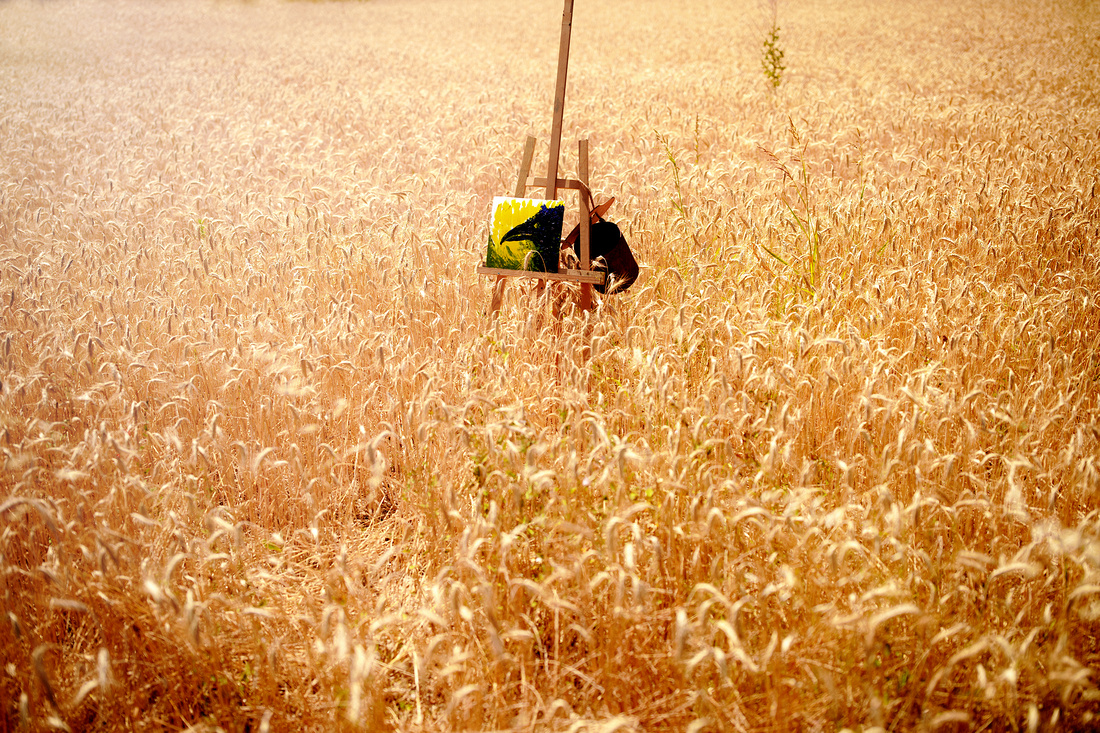 That was until I realize that this is the land where men become their paintings.

So, without a sound, I turned 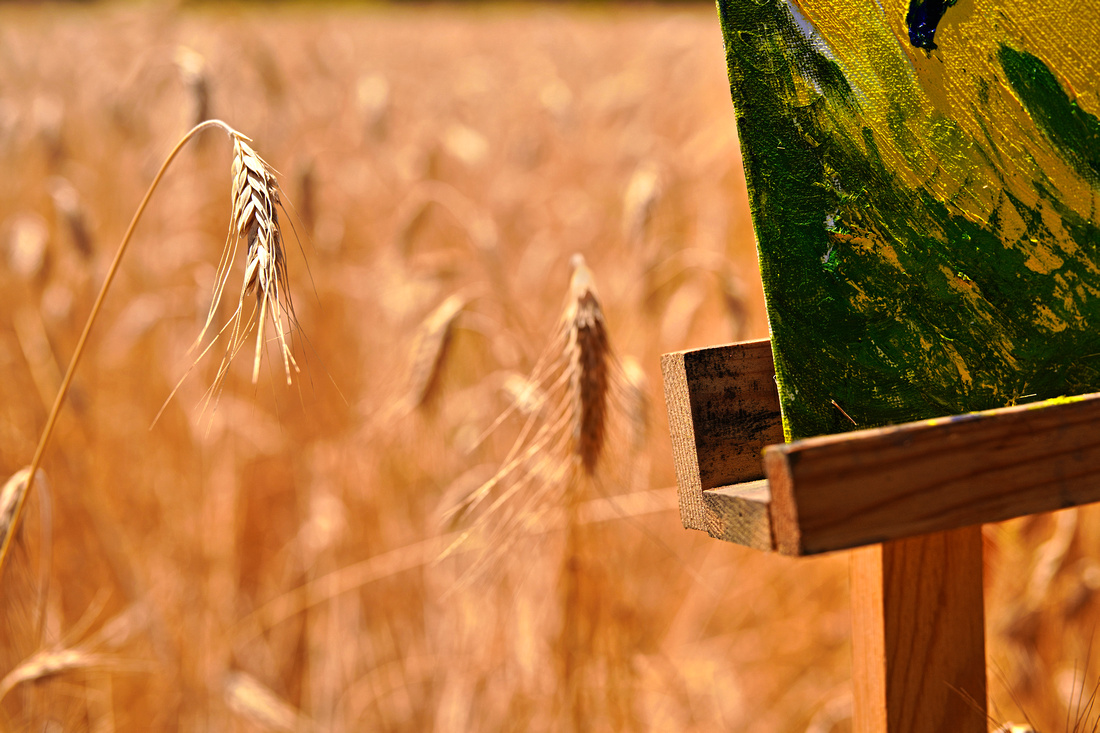 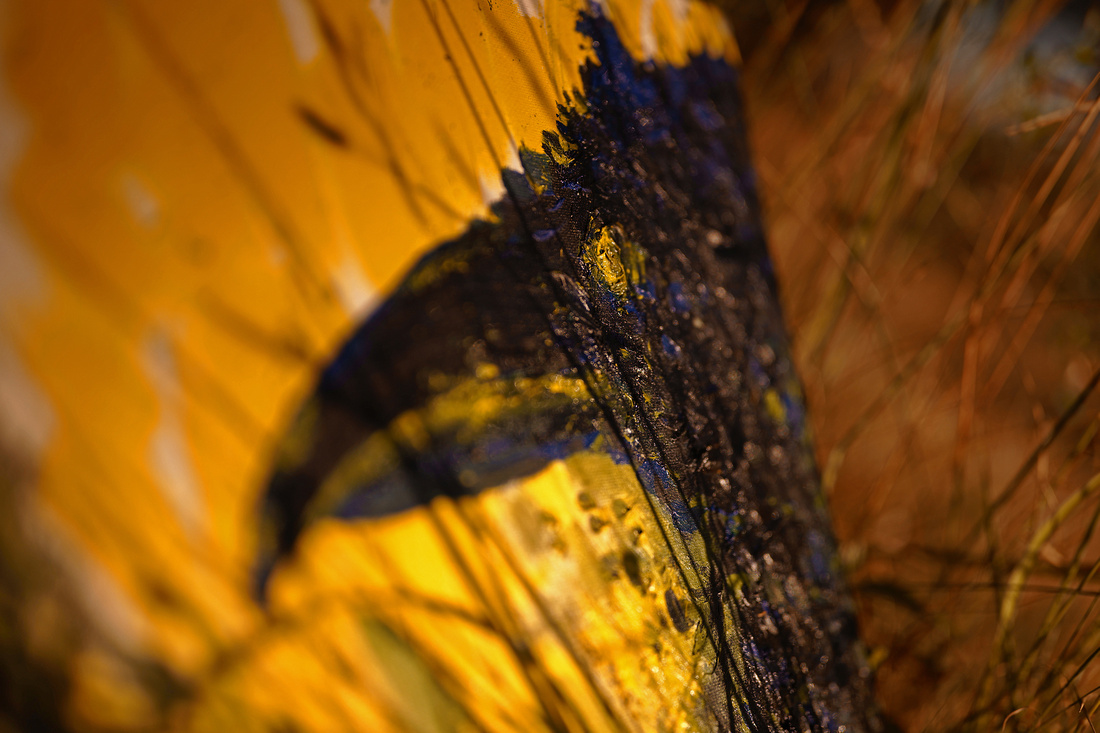 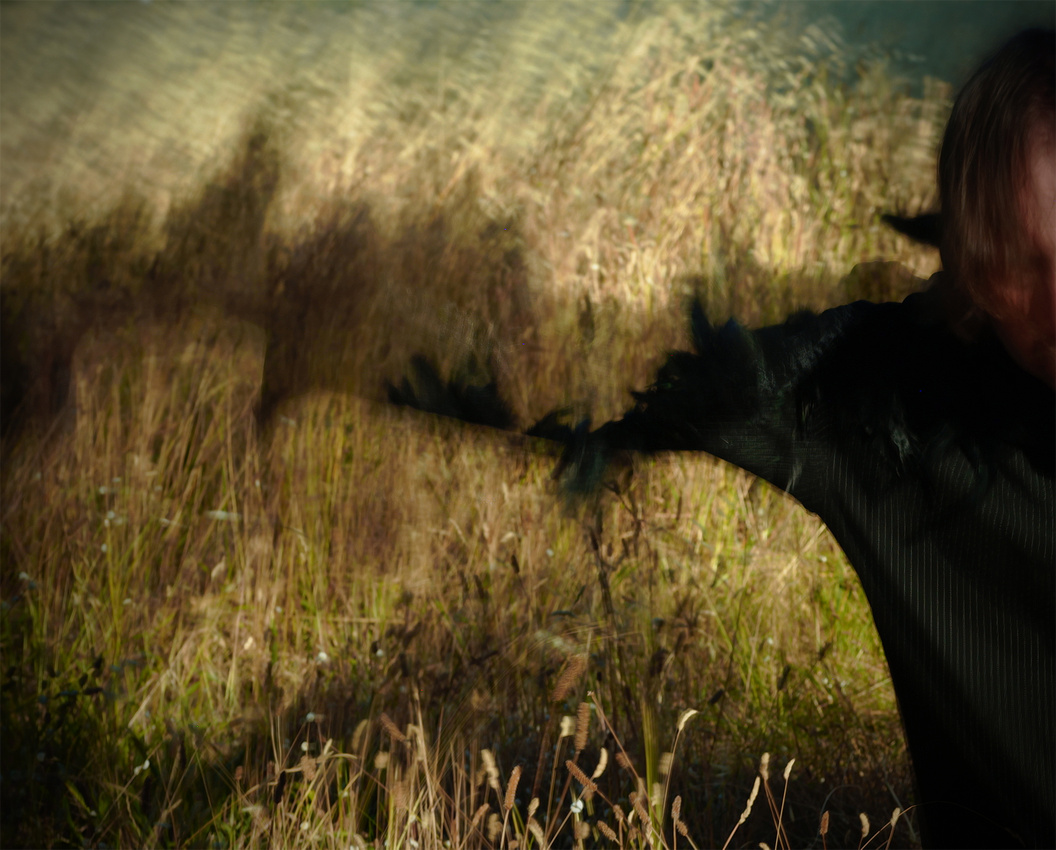 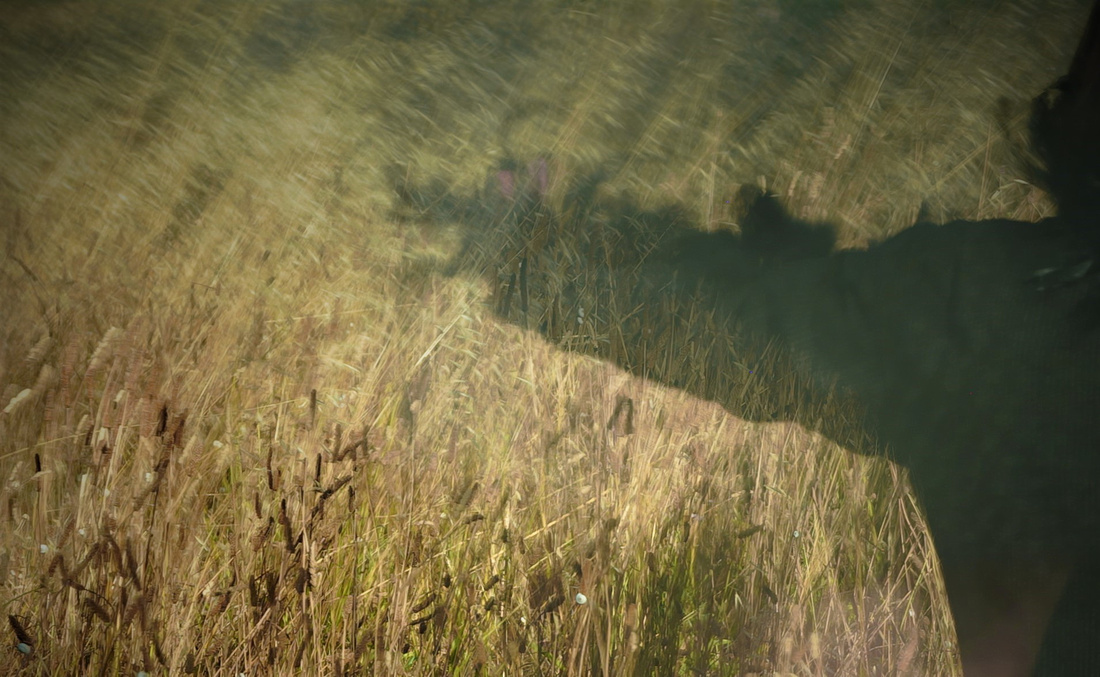 It had been easy then,

as a blue and black bird

through the corridors of the sky

to begin again my search,

first in the tiny streets of Saint-Remy, between sun and shadows

then into the old monastery of Saint Paul de Mausole and its asylum.

Well the main door was locked,

but crows know other ways.

I went inside from a tiny window

and stopped on the floor

where Vincent himself walked on while going out in the fields,

to steal the eternity on a canvas 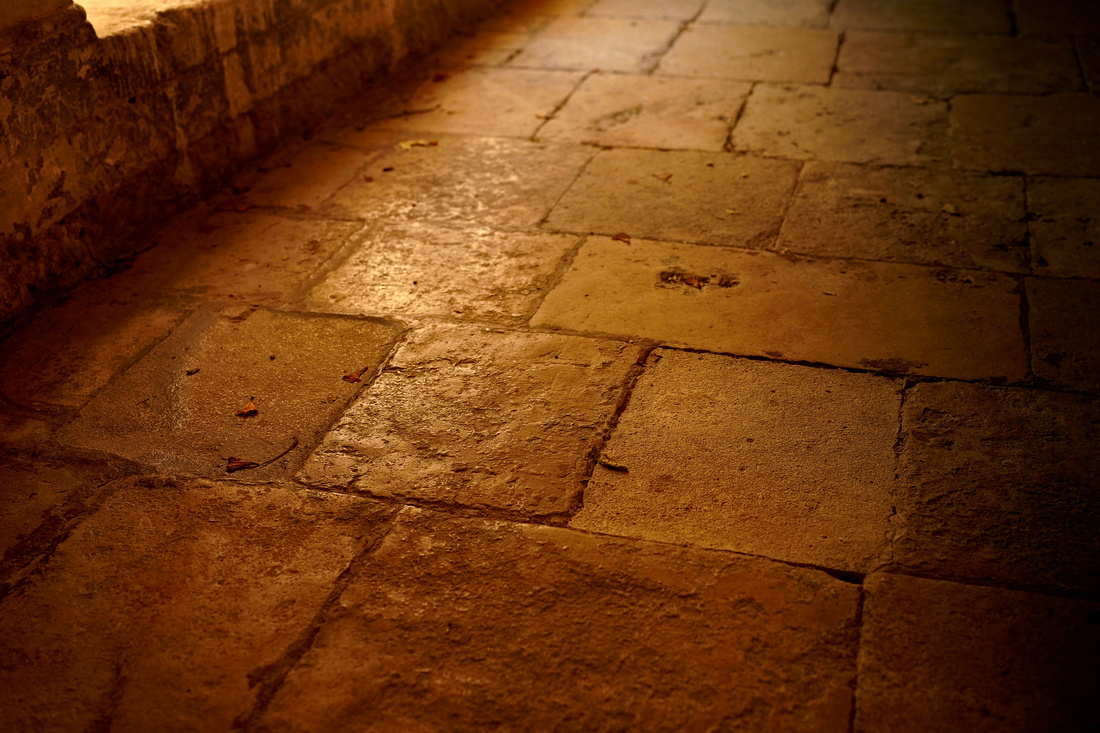 and in a vertigo fever,

searching for more shadow relief for my shining new feathers

I entered the little church.

I saw the chair there,

the single one submerged in yellow light

a little apart from the others

where Vincent used to pray,

and still does from time to time 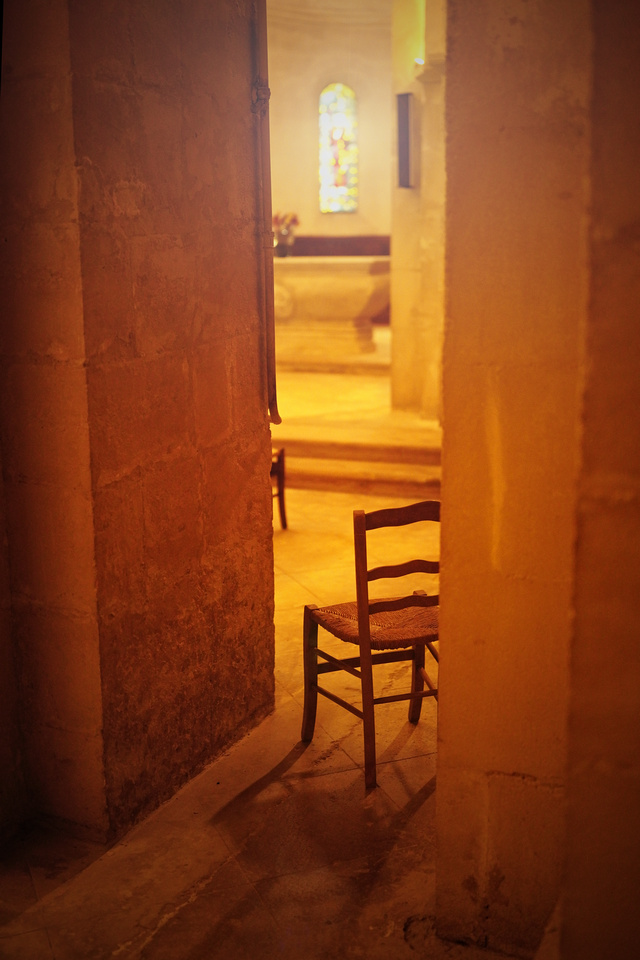 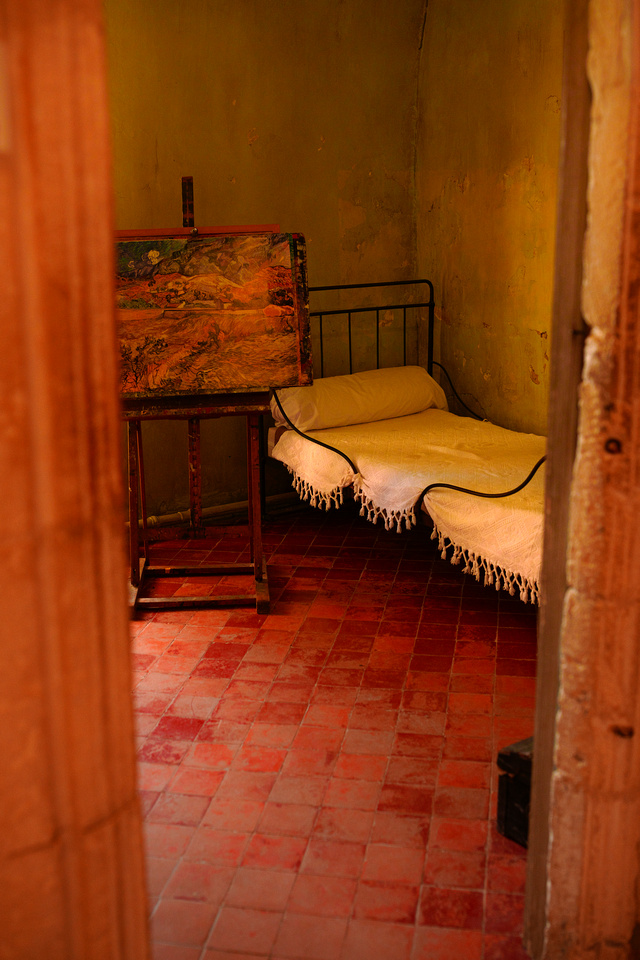 I knew that to see beyond

is a strange gift

it can make a soul explode.

But as Provence in summer is something between a place and a vision,

try to find a little of those sparks and

dream, Your own way, always,

and more than ever, if Your heart bleeds.

take a stroll along the asylum,

towards the lavender little field and then

until You'll meet the half-dried sunflower,

which seems like it’s about to speak... he is,

and that is what he would tell You: 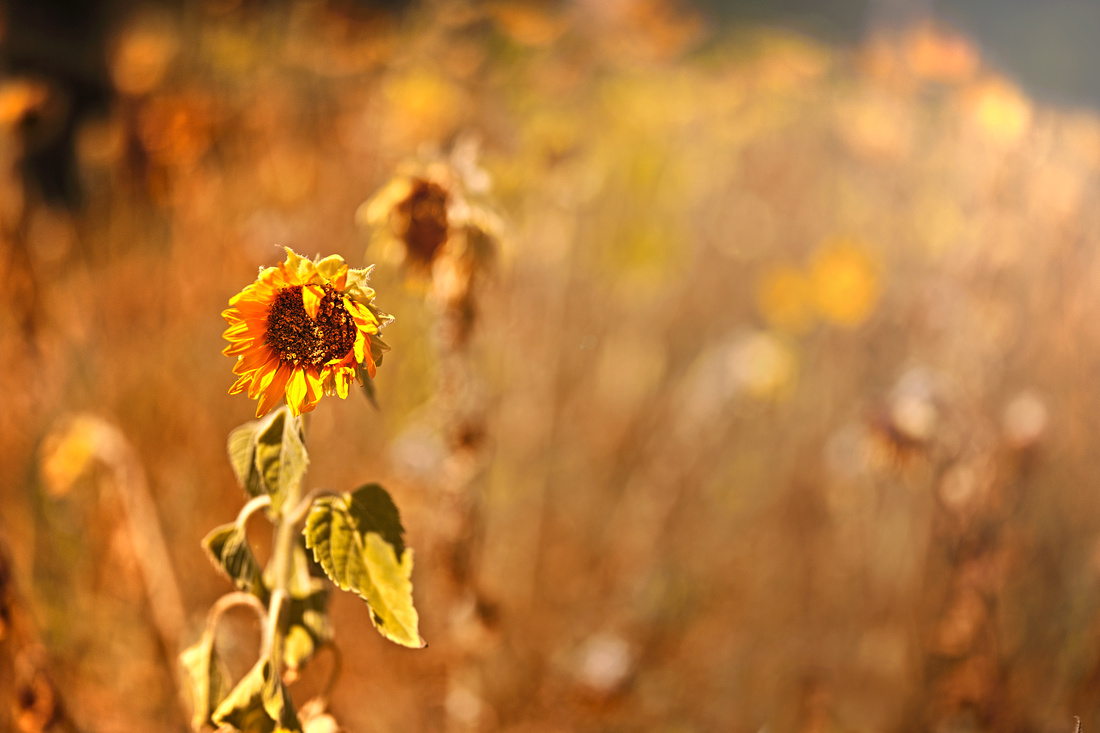 behind the simple shapes

whenever You see something more

that is Van Gogh’s garden”. 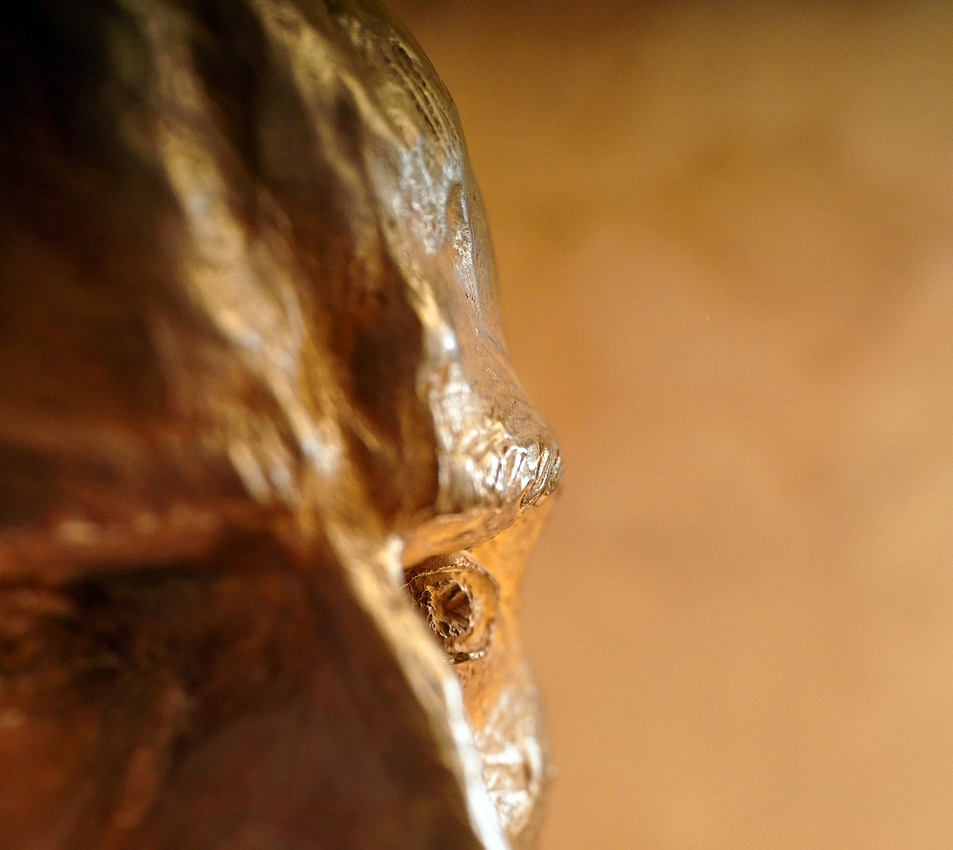 And, dont' shoot at the crows. 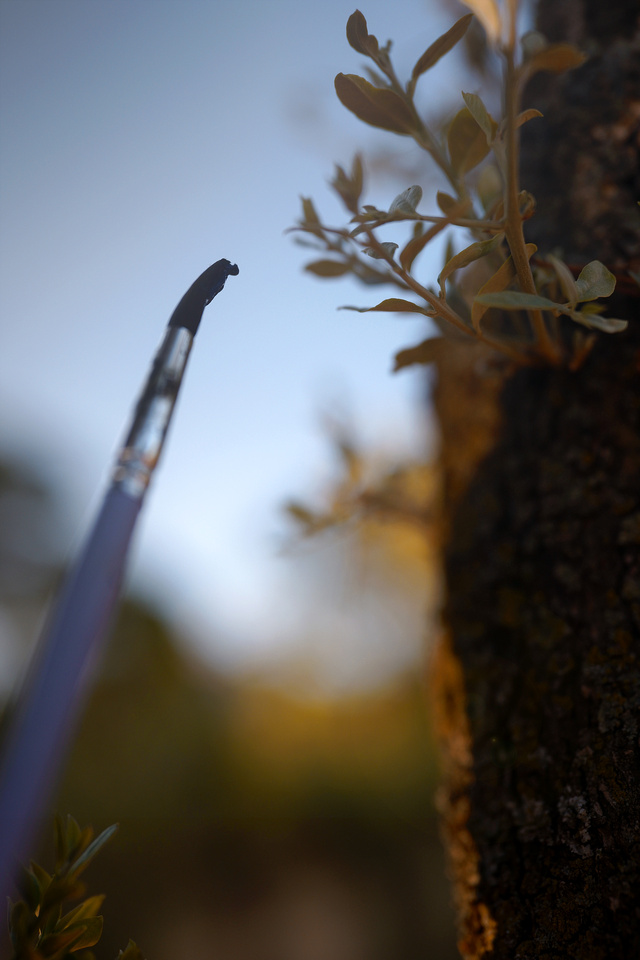 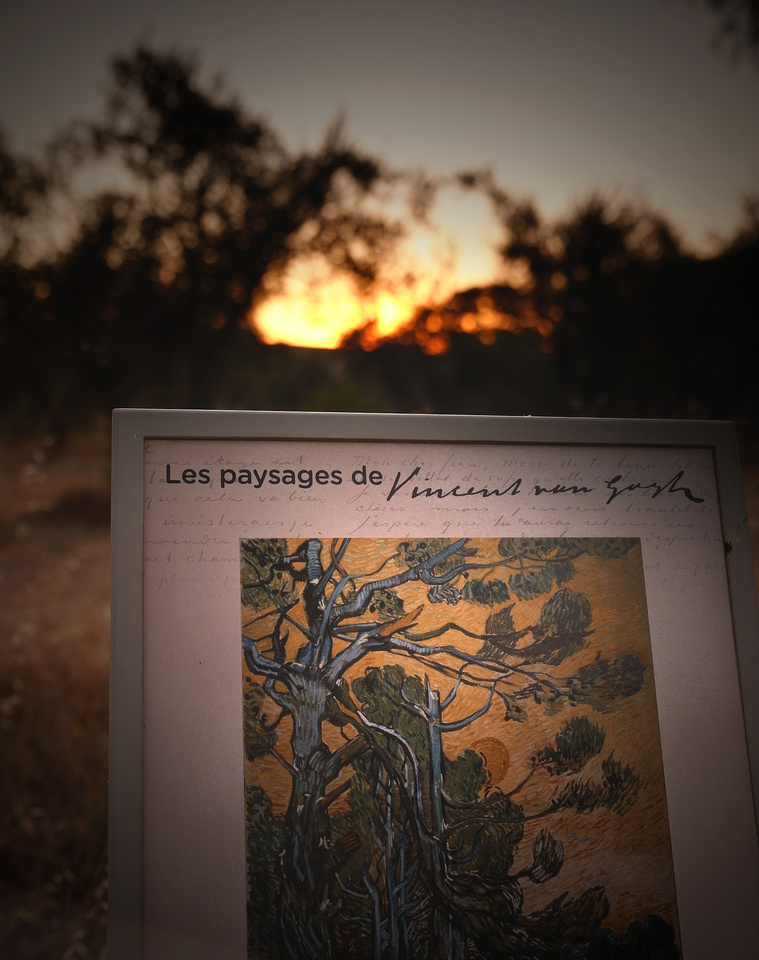 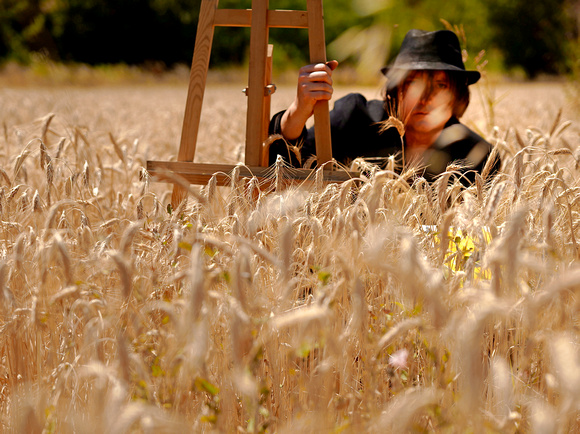